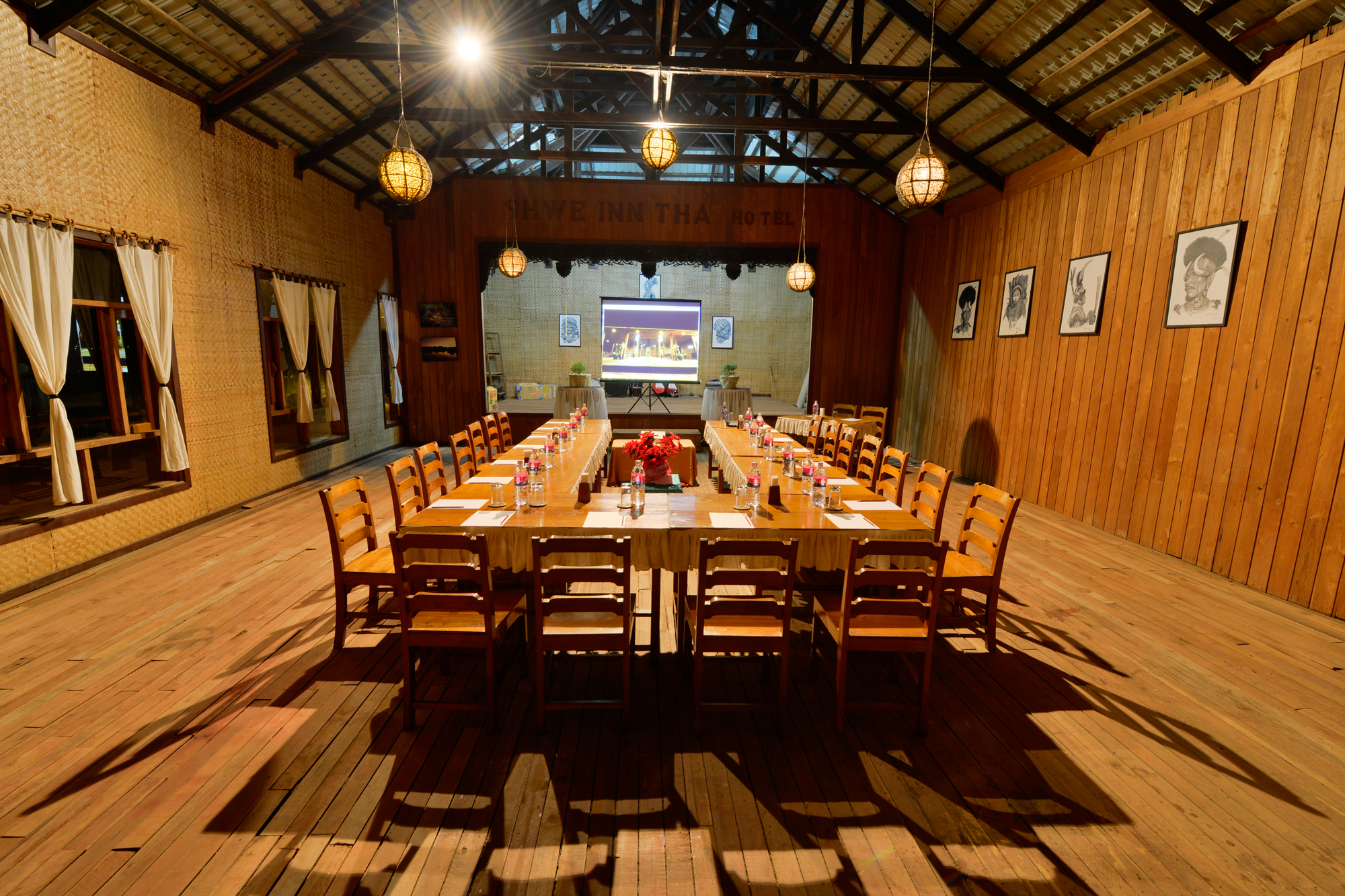 As I entered the wide expanse of Inle Lake at the end of a narrow feeder channel, two

fishermen appeared on either side of my Abercrombie & Kent longboat, performing what I could

best make out as a slow-motion, over-the-water ballet with conical baskets and oars for props—

all while balanced on the bows of their boats.

Life on the Lake

Life on the shallow, 13.5-mile freshwater lake is utterly captivating: locals and visitors alike get

around in one-person-wide wooden boats outfitted with outboard propellers, which emit a noisy

in use since the 1960s. Cruising along channels hemmed in by floating gardens is simply

The locals, known as Inthas, learn to fish from the age of 13 and generally continue until they

fishermen have mastered an unusual and difficult technique. Carefully balancing on one leg,

wrapping their second leg around the oar to guide the vessel through the freshwater lake. They

You'll find over-the-water bungalows on Inle Lake, and eating at their restaurants is a must.

Tea is grown the world over, but only the Burmese incorporate it into their cuisine—a spicy tea

The ruins of 1,000 centuries-old stone pagodas are crammed together on an overgrown hillside

behind an unassuming Inle Lake restaurant.

Over 200 monasteries dot the lake, but all boats lead to the unusual Nga Phe Kyaung, known as

through hoops. The building itself is a splendid wooden stilt structure that dates from 1890. It

also houses an impressive collection of ornate Buddhas, brought by area residents for

safekeeping during World War II and never taken back.

are based in the village of Inn Paw Khon. You'll hear the looms clacking away through open-air

windows as you come in to dock. Everything, from the dyes to the finished scarves and longyis

(the Myanmar sarong), is done here by hand, by women of all ages. Myanmar is the only place

to make lotus fabric—and Inle Lake is ground zero for it, as its shallow waters create ideal

growing conditions for the flowering plant.

Take some time to explore here with an early-morning cruise, a cycle through the countryside,

or sojourns into the surrounding hills and villages. Extraordinary are its communities, ecology,

and traditions. So don't miss this remarkable place on your first visit to Myanmar.